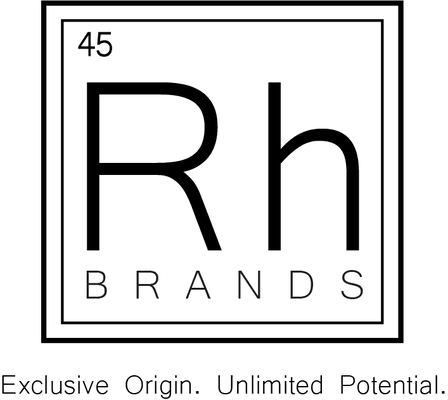 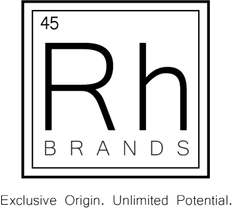 Rhodium Brands was crafted in May 2020, but the story behind our founder - Leandro Remedi - goes back to 2002 when he started off as Junior Export Manager at Bodegas Castillo Viejo.

In charge of building the export business in Europe & America, during the three years Leandro was there, he managed to increase revenue in + 30% and grow the customer  base in + 80% .  As the position required regular travel to Europe & USA, participating in fairs, sales trainings and  constant contact with customers & press, by 2005, his passion for the wine industry was evident to all.

After a brief spell at Vinos Finos H. Stagnari - a boutique winery located in Uruguay-   where he was in charge of  the whole commercial operation, the hunger for further knowledge in exports took him to accept a position as Export Manager at Terraustral Winery in Chile in 2006.

At Terraustral, his role was to develop the distribution network in Eastern Europe & Asia. By mid 2008, after refining his skills at customer prospection and presentation, the drive and energy he had put into this new role had enabled him to conquer 19 new markets and increase in +10% contribution margin. Given the portfolio, during his time at the company, he was able to gain specific experience in off- trade route to market and guerilla marketing techniques.

The new customers he had been able to gain in Russia  & China + the new business for higher profit wines he was able to develop in Vietnam, called the attention of other players in the Chilean wine industry and in June 2008 he was offered the position of Regional Export Manager at Anakena Vineyards and Winery to be in charge of ASIA.

During the three years he was at Anakena he was  able to get directly involved with different departments within the company  and aside from contributing to more than 25% growth in revenue, he played a key role in launching a succesful premium wine brand in Japan & in developing a new range of wines and labels exclusively for China. His abilities to create, present, develop and follow up on Joint Business Plans, together with his ability to quickly adapt to diverse cultures & advanced negotiation skills also enabled him to enhance distribution  in the assigned region, particulary  in South East Asia (gaining new customers in Cambodia and Thailand) & the Middle East (Qatar and Arab Emirates).

In 2011 the opportunity to represent two of the most up and coming high - end terroir driven wineries from Chile came up; they were looking for someone to handle their buisness in America and it seemed like a perfect fit.   Eventhough the company was disolved 10 months later - Viña Leyda was bought by Viña San Pedro Tarapacá - it proved to be a great opportunity to develop on - trade route to market knowledge in Brasil, USA and Canada.

Moving from a boutique company to a corporate entity, is not an easy task. The 3 years Leandro spent at  VSPT Wine Group enabled him to develop  not only key hard skills like P&L management, pricing strategy & forecasting , but also enhance soft competencies such as horizontal leadership &  team work, which he prizes on to this day.   His assigned business unit during his time at VSPT managed growth of 10% in contribution margin, year on year, partially achieved by development of  new sales channels in USA & Brazil.

In 2014, Miguel Torres S.A. (World´s Most Admired Winery in 2016 & 2017), hired Leandro to lead relevant changes in the LATAM region for their portfolio of wines & spirits from Spain, Chile & California.  From 2014 to 2018 he was able to achieve +9% growth in contribution margin and 10% growth in volume in + 20 markets throughout the region.  Throughout his stay at the company he was able to succcesfuly co- launch premium and ultra- premium wines in many markets throughout the region, like Mexico, Brazil, Colombia & Chile to mention a few. Frequent reporting, strong presentation & sales training skills to on & off trade personel, together with solid use story telling and SAP tools were a few of the competencies that he enhanced during this time.

A move to focus further on Spirits came about in early 2018, when Halewood Wine & Spirits - home to UK´s largest premium Gin brand -  hired Leandro as their LATAM Sales Director to spear-head their growth in  the region. Though the company is solid in UK, they had no business LATAM so it was basically a start-up operation, getting fully involved not only in gathering  & using market insights, full on prospection, but also brand building, development of POS material, budgeting, & finance reporting, amongst others.  By the end of 2019, not only was he able to achieve new customers in Perú, Chile, Brazil, Uruguay & Colombia, but also, through mentoring, get the best results out of a very important customer in Mexico.

Leandro is trilingual in English, Spanish and Portuguese, he holds a Bachelor´s Degree in International Relations  & is a certified International Integrative Coach. His free time is spent with family and he enjoys football and motorcycling. You can find him on instagram at @spiritswinentravel

WHAT CAN RHODIUM BRANDS PROVIDE?

What does"Rhodium Brands" stand for?

During Covid - 19 outbreak in March 2020, Leandro spent most of his time schooling his kids at home. One day,  while his eldest was going through an online chemistry lesson - and Leandro was going through a list of potential names for his new company - the question came up as to what was the most precious mineral on Earth. To their amazement,  the correct response was niether Gold nor Platinum, but instead a mineral called "Rhodium" that can be found in the periodic table with the symbol “RH” and the atomic number “45”.

Considering Rhodium´s main properties as a highly reflective, scarsely available catalyst & fine bonding agent in top end jewelry  and the fact that the name came up in during a casual family situation, it was a perfect match.